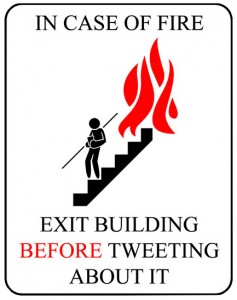 Many businesses know how powerful social media can be, but do not understand how to take full advantage of it. Despite the dozens of social media experts who give tips and offer suggestions, it is often hard to truly grasp the best strategy.

So, we have compiled a list of quotes from various articles and broken them down into two categories. It is our hope that these words of wisdom will give you a little more insight and even make you laugh.

We did a shorter version of this post earlier in the month. Be sure to check it out: 5 Quotes That Will Make You Rethink Your Social Media Strategy.

Key takeaway: Remember to always take a step back and think about what you post before you post it. Find what works for your business and make sure the content you share will be valuable to your target audience. There is no secret formula to social media success. It truly is all about connecting with one another and being a leader in your industry.