Hey,
before you go, check out our web design portfolio.

See our best practices and get inspired.

By PaperStreet on October 2, 2014 in Social Media

You don’t need us to tell you that social media is important. By standing out on major social networks you can attract new clients and increase brand loyalty and awareness – it’s an opportunity you should take advantage of.

My latest webinar touches on the latest approaches to social media artwork, specifically Twitter. When designing for Twitter use the following dimensions:

Check out some of the main slides below or download the full presentation, also included are the dimensions for other main social media accounts: Facebook, YouTube, Google+ and LinkedIn. 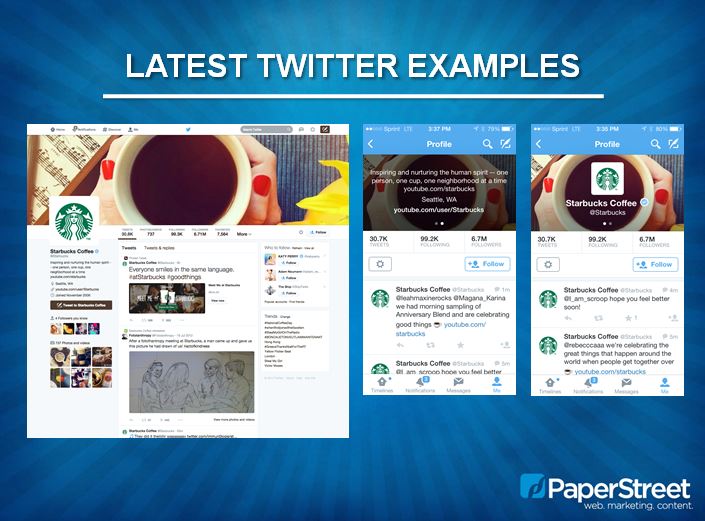 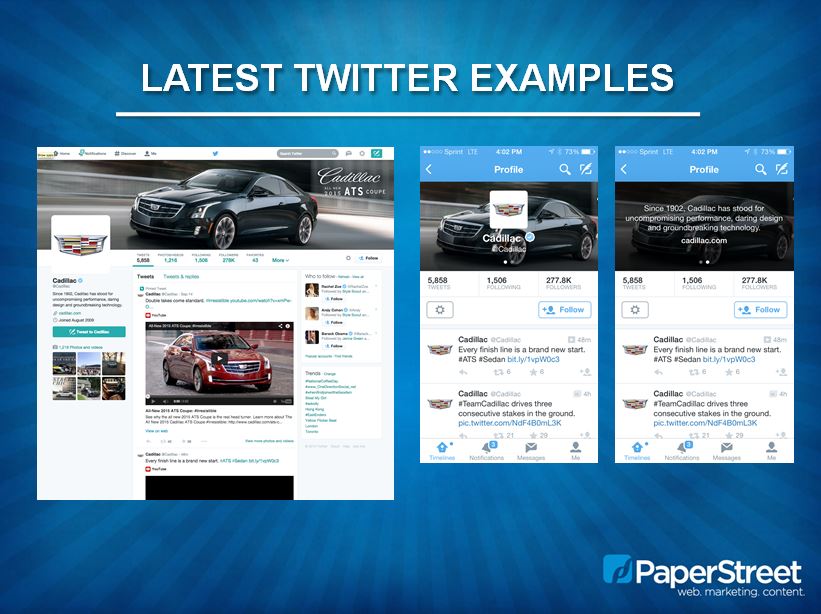 Google+ is Shutting Down

Facebook’s Updating Business Pages and There’s Nothing to Fear!

Ready to Take Your Website to the Next Level? Great Ideas & Results Only a Phone Call Away

We create law firm website designs. Well . . . actually we create stunning, professional websites that get results for our clients. Since 2001, PaperStreet has been helping law firms grow their legal practices.